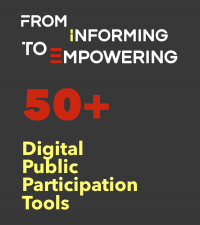 Latest news weekly headlines on diversity in Canada about the many obstacles to equal opportunity in education, business, and culture.

IMHO or In My Humble Opinion is a blog where Olga Shcherbyna shares her thoughts and ideas about what she sees, reads and feels.

In this section you will find samples of research papers, both opinion and academic studies and other materials peppered by our professionals.

This section covers our projects, which should give you an idea of how we use different communications tools, solutions, and the results that they bring. 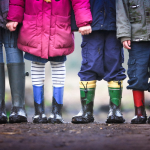 In partnership with SPARC BC, Diversity CLUES was retained by Child Care Options Resource and Referral Program (Child Care Options)  to conduct community stakeholders’ consultations to inform their future programming.

As a part of the project, Diversity CLUES Consulting also conducted a comprehensive environmental scan of promising and innovative practices in the delivery of child care referral services and engaging families in developing CCRR services in other jurisdictions. In addition, grey literature review was conducted to better understand the demographics and emerging needs of local families. Continue reading 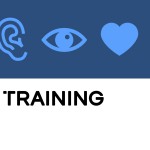 DiversityCLUES Consulting was retained by the City of Richmond to develop and deliver custom-made training for City’s employees to improve their cultural awareness when delivering municipal services in Richmond. Over the period of 2014-2016, Olga and two associates delivered five 2-day training sessions to over 100 employees, including front line workers and management staff. Over 100 staff have participated in training sessions from 2014-2016.

City of Richmond clients come from diverse backgrounds. Their needs and expectations for service vary according to personal attributes (such as age, gender, and socioeconomic status, etc.), but are also shaped by their cultural heritage. DiviversityCLUES team conducted a comprehensive research and developed a training curriculum that included a variety of experiential learning activities to engage adult learners. This training course aims at helping city staff enhance their “cultural lens” when they serve the multicultural population in Richmond, adding value to their current service practices and protocols.

Read about our other projects and research studies. 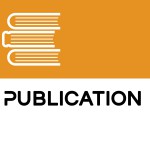 Olga Shcherbyna, along with Nora Angeles and John Foster, co-authored a chapter in a new Canadian planning textbook (2016) which brings together a collection of essays and studies covering a wide array of planning topics.

Edited by Ren Thomas, the textbook includes a range of practice and research based cases in eight areas: community and social planning, urban form and public health, natural resource management, housing, participatory processes, urban design, urban redevelopment, and transportation and infrastructure planning. They include examples from urban, rural, and Aboriginal communities across the country.

Planning Canada: A Case Study Approach is intended to introduce undergraduate students in planning, geography, and urban studies to the planning discipline in Canada, but the case studies offer enough depth to be used in graduate courses as well. 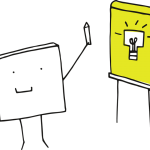 In June 2019, Vancouver welcomed close to 8,000 advocates, researchers, policy makers and global leaders from over 160 countries gathered at the 2019 Women Deliver Conference. This is the world’s largest gathering of women right’s advocates. This year, the conference theme was around power and how it can drive — or hinder — progress and change.

If we think about the progress that was made with regards to gender equality and women in positions of power, the numbers, particularly for North America, are quite bitter. Consider just these three facts.

So, while seeing the many young and confident female delegates of Women Deliver Conference on the streets of beautiful Vancouver made my heart cheer, a nosy thought kept breaking through; after all the efforts in the US from Title VII of the Civil Rights Act of 1964 [a labor law in the United States that prohibited discrimination in hiring, promotion, etc.] to the Lilly Ledbetter Fair Pay Act [the first bill signed into law by President Barack Obama 10 years ago], we are still celebrating the milestone of 6.6 per cent women making it to the top corporate executives in Fortune 500 companies.

While the link between diversity in the workplace and company performance is not as straightforward as some argue, a number of studies have demonstrated that cultural and gender diversity improves profitability, decision-making and innovation, while inclusive workplaces improve employee engagement.

If equity and/or performance arguments were not compelling enough, consider only the #MeToo cultural shift taking the world by storm in 2017 and questioning the “normality” of toxic masculine workplace cultures. Then comes the global #TimesUp movement raising global awareness on gender inequality in workplaces. Both have sparkled not only a public debate, but multiple lawsuits and public relations nightmares for multi-billion dollar companies across the globe.

A Step in the Right Direction

So, what can companies do to address gender inequality and increase diversity in the workplace?

The most common go-to solution for corporations to address organizational diversity and inclusion issues is to provide diversity training. For example, in September of 2018, following the aftermath of #TimesUp, American Express Co. has introduced training for managers aimed to help them build more inclusive teams and support women/minorities’ participation in meetings (i.e. what to do when they are interrupted or when their ideas are not being acknowledged).

In the same year, and in response to high profile harassment and pay discrimination cases, Nike also introduced company-wide, unconscious bias training “providing additional mandatory training for 10,000 managers.” Most recently, both Starbucks and Sephora closed their stores across the US for diversity training to address stereotype-driven incidents with their customers.

It is not my intention to claim that companies only offer diversity training exclusively as a public relations gig. There are organizations around the world that have been proactive in their organization-wide diversity and inclusion efforts, including offering diversity training to their staff/managers for years. Over 60 of such Canadian employers have been recognized as Canada’s Best Diversity Employers.

The answer is not as straightforward as you might think. In fact, Frank Dobbin and Alexandra Kalev, sociologists who have studied organizational diversity for decades, have identified diversity training as “likely the most expensive, and least effective, diversity program around.”

In fact, Frank Dobbin and Alexandra Kalev, sociologists who have studied organizational diversity for decades, have identified diversity training as “likely the most expensive, and least effective, diversity program around.” Unfortunately, most diversity training simply does not work, works conditionally or, in cases with mandatory training, might even have negative, opposite effects from what it was intended to achieve.

Why Diversity Training Can Fail

I am not going to list examples of diversity training programs that have worked. Exactly the same training that has worked for one organization might not do a thing for another, even when both companies have the same training goals and are comparable in terms of their size/sector. There are many hypotheses for why selected diversity training programs work. Yet, I believe, there is one key factor that contributes to the success of a diversity program in any organization.

What makes diversity training a symbolic act in one company and a step in the right direction in another is each company’s commitment to diversity and inclusion. In isolation, diversity training does not make any difference at all, but its effectiveness increases when it becomes a part of a larger organizational strategy aimed to create inclusive work environment.

True commitment to diversity and inclusion is honest, transparent, goal-oriented and data-driven. It shows up in hiring processes, performance reviews and is linked to overarching strategic objectives of the organization. True commitment enacts change in the culture of organization and requires resources.

A Change in Perspective

Organizations that are serious about attracting top talent have another big factor to consider. The composition of talent pipes is changing. By 2025, over 75 per cent of the workforce will be Millennials. Over 50 percent of Millennials look for diversity and inclusion practices in their prospective employers when considering a new job and nine-out-of-ten would rather take a pay cut than work for an employer who does not share their values. As a result, they are not only increasing the importance of diversity initiatives in the workplace, but bringing new perspectives about what diversity, belonging and inclusion really mean.

Staying on top of these trends and creating a culture of true inclusion will attract top talent and bring a competitive advantage to an organization. Diversity training, most likely, will play only a small part in this cultural shift.

This article first appeared in the CPHR’s online publication PeopleTalk on June 18, 2019.

What comes to mind when somebody talks about Portland? My image of Portland was largely shaped by my avid-travelers-friends who painted it as a hipster city where two key attractions are [based on their pictures] …

Tired of hearing about a business case for hiring immigrants?

Let’s demystify a tale about a ‘cultural fit’, Canadian experience and foreign credentials.
Recently a friend of mine told me that they were tired of hearing about why it makes sense to hire immigrants and instead …

Diversity and Inclusion in the workplace can be difficult to navigate. This course will help professionals in the workplace to understand how to support your team with creating a diverse and inclusive workplace. Topics that are …

The Importance of Culture, Diversity, and Inclusion in the Workplace

In the midst of social movements around equity, diversity, and inclusion, we find ourselves asking how important it is for us to be diverse and inclusive at work and what that really means for organizations. …

The 2018 Community Summit, Brave New Work, invites us to consider how we can all thrive in the changing world of work.
Technological growth is happening at an unprecedented rate and scale, and it is fundamentally …

What’s wrong with being a “leftie socialist”?

I am biased. Any programs that any Canadian municipality introduces with the goal of being a more inclusive service provider and employer makes me happy. Some may even call me a “leftie socialist” as did …