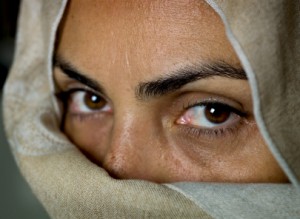 Culture is usually perceived as a set of characteristics that guide and might define group’s identify. It is our values, beliefs, behaviours, language, traditions that we associate with our culture.

Western culture, as it is defined, has been influenced by culture of European countries. It has its roots in the Classical Period of the Greco-Roman era and the rise of Christianity in the fourteenth century.

However, there are many different definitions of “culture”. According to Meriam-Webster dictionary*, culture is:

a : the integrated pattern of human knowledge, belief, and behavior that depends upon the capacity for learning and transmitting knowledge to succeeding generations

b : the customary beliefs, social forms, and material traits of a racial, religious, or social group; also : the characteristic features of everyday existence (as diversions or a way of life} shared by people in a place or time
c : the set of shared attitudes, values, goals, and practices that characterizes an institution or organization
d : the set of values, conventions, or social practices associated with a particular field, activity, or societal characteristic
Western culture, as it is defined, has been influence by culture of European countries. It has its roots, in Western culture has its roots in the Classical Period of the Greco-Roman era and the rise of Christianity in the fourteenth century.

When we think about other culture we tend to associate it with language people speak, the way they look and act in public, food they eat, building they live in and arts they make. Those are visible traits of cultures and they are mostly known to others. Based on those visible characteristics we develop our associations with cultures which may later become our stereotypes of certain cultures (German: quality, Russian: drinking, Chinese: painting, French: fashion, etc.).

So, if France is known for its fine fashion, then we might associate all the French people with something exquisite. To be a good Chinese painter one needs to exercise lots of patience, so we might think that all the Chinese are very patient and so on. Also, the way people act in public vary significantly from culture to culture and it might create misunderstanding and lead to misassumptions. Asians coming to North America shock local residents by Chinese habit to split in public places. It disgust Americans when French smoke non stop at home, at work and at dinner places. At the same time, all the rest of the world is shocked by the high number of fat Americans and the fact the liquor stores and bars are closed at certain time in the U.S. and Canada. Finally, most Europeans do not understand why Americans restrict themselves by smoking law and low speed limits (B. Peterson, Cultural Intelligence, 2004).

Understanding how cultures vary, appreciating differences and working on developing such qualities as curiosity and tolerance is crucial for competent intercultural communicator.