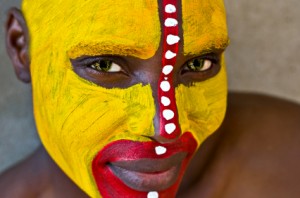 According to Meriam-Webster Dictionary,

diversity is the inclusion of diverse people (as people of different races or cultures) in a group or organization; from University of Idaho Diversity Dictionary: diversity (n) – a situation that includes representation of multiple (ideally all) groups within a prescribed environment, such as a university or a workplace. In politics, the diversity is the political and social policy of encouraging tolerance for people of different backgrounds. In business, the business strategy which encourages diversity to better serve a hetereogenous customer base (Wikipedia).

Diversity is not just about the obvious differences but also the invisible differences between people. A holistic approach is the key to promoting the diversity agenda withing the society, community or workplace. Age, religion or believe, sexual orientation, gender, ethnicity and physical abilities develop ground diversity strands for appreciating the depth of differences among people.

Diversity of race, religion and lifestyle has defined Canada for many years now. Canada is a home to almost 200 ethnic groups who speak over 100 languages. Therefore, the concept of culture is instrumental in defining diversity in the country. Culture is

‘the totality of socially transmitted behavior patterns, arts, beliefs, institutions, and other traits, and products considered as the expression of particular period, class community, or population: Edwardian culture; Japanese culture; the culture of poverty’.*

Culture is frequently described as an iceberg. There are certain characteristics of culture that are obvious and recognized by others (tip of the iceberg) but it encompasses only about 20% of the important aspects of the culture.** Those ‘tip-of-the-iceberg’ cultural characteristics are anything that can be perceived with our five senses and behaviors: language, architecture, food, population, music, clothing, art and literature, pace of life, emotional display, gestures, leisure activities, eye contact, sports. The bottom part of the iceberg values are frequently misunderstood by or unknown to others. Those characteristics are defined by cultural beliefs, assumptions, thoughts, opinions, viewpoints, attitudes, philosophies, values and convictions.

According to Brooks Peterson, both top an bottom value-parts of the iceberg are quite important in differentiating and comparing cultures. Thus, the underwater part formulate 4/5 of values in particular culture: notion of time, how the individual fits into society, beliefs about human nature, rules about relationship, importance of work, motivations for achievement, roles of adults and children within the family, tolerance for change, expectation of ‘macho’ behavior, importance of face, harmony , preference for leadership systems, communication styles, attitudes about men’s/women’s roles, preference for thinking style – linear or systemic.