Voting is important. It is both our responsibility and right to to true democratic society, where, a “government of the people, by the people, and for the people” as said by Abraham Lincoln in his Gettysburg address. In general, voter turnout among immigrants is lower than among Canadian-born electorate.

This year we are electing our provincial government representatives and it is our responsibility to ensure that we know their political grounds, i.e. what they stand for. Each party has an election platform that describes their key priorities and future directions for our province. We created word clouds using the content from each of four election platforms which allowed us to identify the most frequently-used words in each ‘platform’ document. We also did a search of such words as “immigrant”, “diversity”, “in/equality”, and “foreign credentials/workers” in all four ‘platforms’. You can view the results of this 3-hour exercise in summary document titled: BC’s Political Parties At-A-Glance. 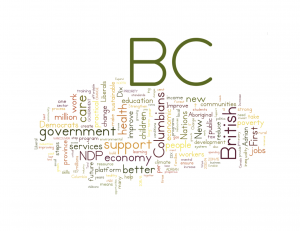 Platform title: Change for the better. Practical Steps
Lengths: 70 pages, 11,820 words
Cover page: a picture of young children in the classroom and calls for change for students, families, economy, etc. 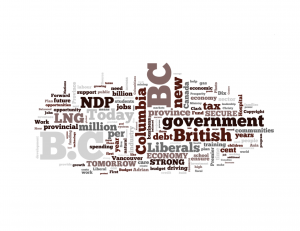 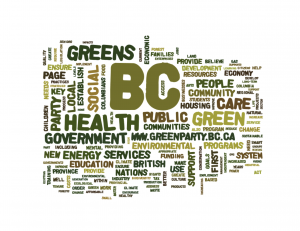 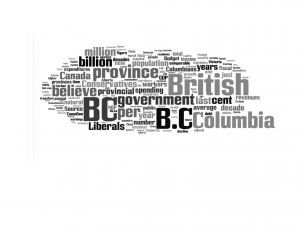 Platform title: We Believe in BC