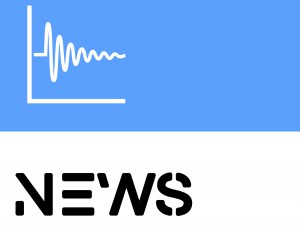 More than half of B.C. respondents to a recent poll said they believe deep-rooted, systemic racism is a serious issue for local police, while one in three feel it is a problem among employers.

The new poll by Leger surveyed Canadians and Americans about their opinions on systemic racism, exposure to racist comments, support for groups involved in recent anti-racism protests, and feelings about police relations with the public and with racialized groups.

The poll was conducted following a wave of protests in response to the May 25 killing of George Floyd, a 46-year-old Black man who died after being pinned by the neck for nine minutes by a white officer’s knee in Minneapolis.

The Leger survey found that 56 per cent of B.C. respondents felt systemic racism was a somewhat or very serious issue among local law enforcement, followed by the military (44 per cent), local employers (32 per cent), universities (29 per cent), and their neighbours (24 per cent).

Natasha Tony, a labour-relations specialist and CEO of Elevate Inclusion Strategies, said those numbers show how much work needs to be done.

“This again shows me that the system isn’t broken, that it was built this way,” Tony said. “Because I do this work from a restorative place, from de-escalating conflict and having a human focus to it, I look at these numbers and I think we are at a crisis right now in our institutions, in our organizations, even in our neighbourhoods.”

Leger’s poll was conducted from June 5 to 7 using an online survey with computer-assisted interviewing technology. Respondents included 1,523 Canadians and 1,001 Americans, all at least 18 years old.

More than a quarter of B.C. respondents said they sometimes or often heard racist or prejudiced comments from friends and family about Black people (27 per cent) and Chinese-Canadians (26 per cent).

Tony said that over the past decade, she has seen a sharp rise in people’s public, racist social-media posts coming to the attention of their bosses.

Source: The Province, by Nick Eagland